Could Antibiotics Be Making You Fat? 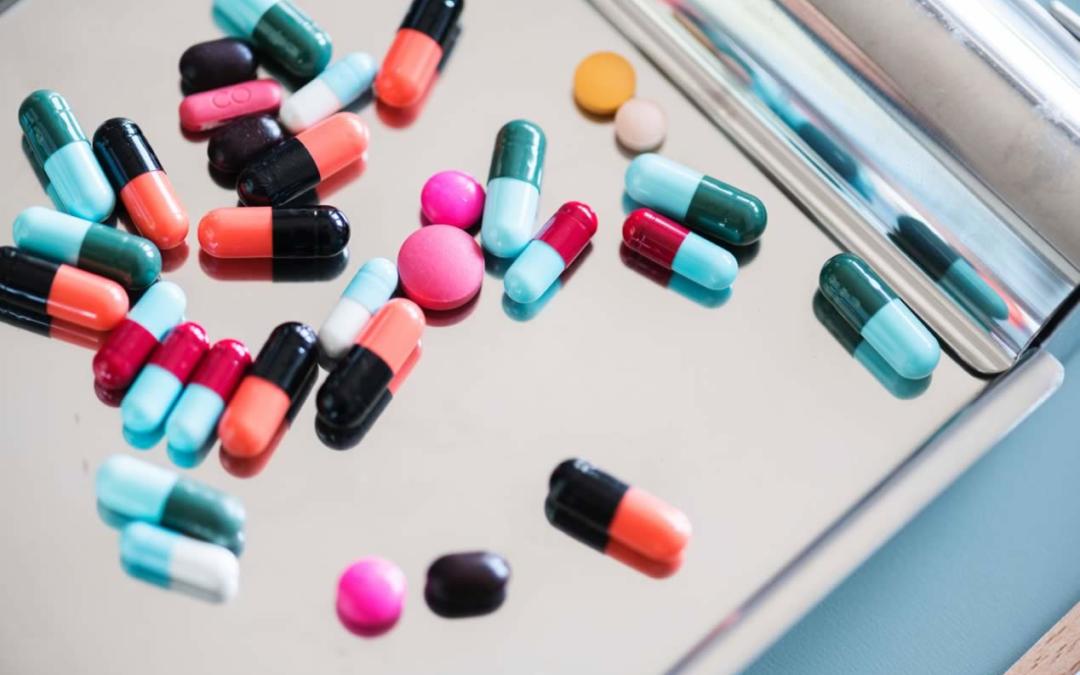 Have you ever wondered how gut microbes affect not only your health but also your weight? From as far back as the 1940s, farmers began to notice that low doses of antibiotics helped to fatten livestock. In humans, it has been noted that regular courses of antibiotics during infancy increases the risk of childhood obesity, which, in turn, often leads to weight problems in adulthood.

Even the strains of so-called ‘good bacteria’ that are available in probiotics do not offer enough benefit to last over the long-term. It’s not only antibiotics that can throw off healthy weight, either. C-section births and formula replacing breast milk can also increase the chance of childhood weight gain. Obviously, caesareans and formula sometimes cannot be avoided, and untreated infections can do far more harm than weight gain.

It is also worth noting that not every microbe imbalance will lead to obesity. Other factors such as genetics, diet, and exercise also come into play.

Over the years, a number of studies have been done on the link between gut health and overall health and weight. Gut bugs have been linked to a number of diseases and health issues, from allergies all the way to irritable bowel disease and even heart disease, while obesity increases the risk of cancer in the liver and colon. Despite the research done to date, science is still learning just how much of a role bacteria plays in overall health.

In a 2006 study done at Washington University in St Louis, scientists transplanted gut bacteria from overweight mice into healthy, skinny mice, noting that these mice gained weight. Another study from 2015 noted similar results from a faecal transplant from an overweight daughter that was done to help a mother treat severe diarrhoea. Yet another study, done in the Netherlands in 2012, transplanted bacteria from lean donors into recipients who were displaying early warning signs of type 2 diabetes. While metabolism initially improved, they soon reverted to an unhealthy state within just six months.

What exactly does this say about the link between gut microbes and overall health and weight?

For one thing, it tells us that gut bacteria play a very important role not only in our health but also in our weight. The common diet enjoyed by most people is not conducive to healthy guts at all. Even when people try to address issues by taking probiotics, it can be very hard to undo the damage caused by excessive probiotics and other gut-harming practices.

To understand just how much of an effect gut microbes have on our overall health and well-being, it is also useful to understand the role of probiotics and prebiotics, as well as the role of the gut’s bacteria. Bacteria differ for every person and the foods we eat have a major effect on our bacteria.

What role does gut bacteria play?

Bacteria in the gut help to harvest energy, process important nutrients such as B vitamins and folate, and generally keep us healthy and in shape.

Probiotics are live bacterial cultures found in fermented foods such as fermented vegetables and kefir. As their name suggests, they promote gut health. For weight loss, probiotics help the digestive system. Ideally, you want probiotics that are high in organisms that promote healthy guts bacteria. Ideally, such supplements should not require refrigeration.

Prebiotics help to make probiotics more effective. These do not contain bacteria but instead, act as a food source to ensure that probiotics and healthy bacteria can thrive in your gut. These are essentially soluble fibre that helps to promote healthy bacteria in the gut.

How to Optimise Your Gut Bacteria

One of the simplest ways to ensure that your gut bacteria is optimised is to follow a gut-healthy diet.

Some tips to keep in mind include the following:

Make sure that the majority of your plate contains whole, unprocessed foods that are low on sugar and refined carbs and full of gut-nurturing fibres, rye bread, nuts, seeds, and other high fibre food.

Stick to omega 3 fats and monounsaturated fats such as extra virgin olive oil to reduce inflammation and help your gut bugs flourish.

Look for supplements that contain omega 3 acids, along with probiotics and other good stuff. You could also look at Medium Chain Triglyceride or MCT oils such as coconut oil and coconut butter.

Sauerkraut, kimchi, tempeh, and miso all contain plenty of probiotics that are great for gut health.

Wild foods like herbs, nuts, berries, and root crops are local, sustainable, and unprocessed. Add herbs to salads and open sandwiches, add berries to your breakfast, and add more nuts to your diet.

Rather than wheat, choose oats, rye, barley, and other grains that are less processed than wheat. These grains add far more fibre and often more flavour as well.

Rather than farmed fish, choose wild ocean fish, clams, mussels, and even seaweed to enjoy sustainable seafood that is good for you and the planet.

If you do eat meat, choose smaller amounts of humanely raised, organically fed meats rather than conventional mass-farmed meat.